I’m trying to choose “better” words to call out the nincompoops who need to go through a thesaurus in order to understand that I am writing about them.

I had an exchange with an informal idiot, otherwise called a troll, on one of the news posts on social media. Obviously, the guy had no idea of what he was posting. And it’s not just him. Like ignominious morons, they come in waves. Posting comments not well thought of, and usually without any fact(s) to back them. Memes without a basis is for the obtuse.

The post was regarding the 33rd Anniversary of EDSA. People Power had brought down the Marcos regime. It was time that the people behind Marcos and his family had stepped aside. History will always be on our side. They stole. They plundered. They were ruthless people who stayed in power for personal agenda. The Filipino people should be proud for achieving a bloodless revolution.

The news was a simple take on remembering the meaning of People Power. Why it happened. How it happened. Most of the key players have crossed over to the other world. Some of us who were there, who lived through the years of Martial Law, who were part of history, will always remember why and how People Power changed our lives.

That halfwit troll who I had an “exchange in conversation” was clueless on every aspect of the EDSA revolution. I did not expect much from the idiot. “It” probably was programmed to respond to those who opposed the Marcoses, who are trying to desperately make a come back into politics, more than three decades after their exile.

That halfwit troll claimed that the “yellows” destroyed the gains of former President Marcos and that the sad plight of the Philippines is because of the “Liberal Party”. The brainless argument of vacuous people like these can only be explained by the fact that they are stupid. Period.

I’ll make it simple for all the cretins out there.

Without the EDSA revolution, there will be no President Rodrigo Duterte. It was the unfulfilled promise of People Power that gave way to the rise of Duterte.

One cannot blame it all on the Aquinos or the “yellowtards”. I have never liked PNoy. But that’s a different story altogether. What is important for the imbeciles to understand is that there were several presidents that came after Cory. I will enumerate them: Fidel V. Ramos, Joseph Ejercito Estrada, Gloria Macapagal-Arroyo, then PNoy. What the fuck did the rest of them do? So, yes. It’s not about the Aquinos or the Liberal Party. It’s about governance and accountability. So don’t distort the true facts with petty reasonings and give color to politics.

This is my second political post drumming up to the May 13, 2019 mid-term election. And I am writing this to all the empty-headed twerps who don’t have an ounce of patriotism left for the Philippines. 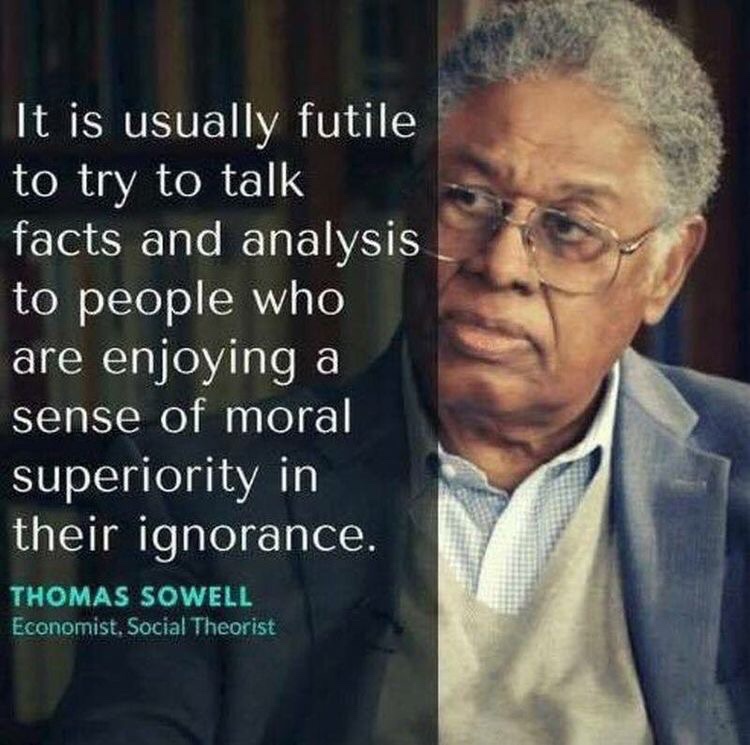 Thomas Sowell is right when he calls out at imbeciles who enjoy a sense of moral superiority in their ignorance. Accountability and moral fortitude is not part of their vocabulary.

I am using the words of Sen. Chiz Escudero when he describes the National Youth Commission chair Ronald Cardema’s view ascribing to the call of the latter to President Duterte to “remove scholarships of ‘anti-government’ students”. The rant of Cardema was all over the news. His battle cry regarding “the duty of every Filipino youth to become our hope, in strengthening our nation, and to fight those who are trying to crush our republic” was, and I will agree with Chiz here, obsequious. Period.

For the unfamiliar ignoramus’s obsequious means being obedient or attentive to an excessive or servile degree. Let me make it simpler – to be a lap dog. Ass licker. Subservient. Submissive. Slavish.

We have a lot of that nowadays. Like an epidemic of zombies from a bad movie, they propagate idiocy to a core. These appointees lacking a moral compass think that government funds from taxpayers are theirs to dictate and control!

When the campaign period started, all the dogs were released from the kennels. Seriously, I’m trying to weigh in on who to endorse (and vote) this upcoming May 13, 2019 elections. So yes, this is one of a few of my political posts.

The local elections will always be a battle with the uneducated and the poor. That’s the reason why every city “maintains” a large poor population. They are useful every three years. Like a bad cancer that needs to go through chemotherapy every so often, the local elections is an exercise in prolonging the lifespan – of the sitting politician (and his/her family). These informal settlers are the lifeline of local politicians. They propagate like malignant neoplasms and engulf on even the rights of legitimate city dwellers. They deliver the votes to a never ending dynasty. It takes more than moral fortitude to change a local leader.

The national election on the other hand is a different story. Just like electing the president and vice-president, local voters will have more difficulty in swaying the outcome. And this is where it gets tricky.

Many are elected not out of merit but out of popularity. The polls (if we were to believe in them) offer a paltry reflection of the pulse of the “nation” for the senatorial posts.

It isn’t surprising that you get plunderers, liars, and actors at the top of the heap in the surveys. Blame it on Ricardo Dalisay and that pathetic series “Ang Probinsyano” to even push candidates to the realm of political comebacks. I have nothing against anyone who wants to run for public office. It is, after all, a free country.

But the criteria why someone is voted into office because he is “handsome” even though he has plundered millions in taxpayer’s money behooves me! It is fine if we get one or two of these idiots every 100,000 voters. Unfortunately, like minions, they multiply disproportionately. Thanks to the teleseryes and other brain draining shows that transform the multisynaptic neuronal discharges of Filipinos to monosynaptic ones.

Others turn a blind eye to acts of atrocities committed by previous regimes. The writing is all over the wall. Yet even educated nincompoops don’t see through it. Why? Because they all fulfill the criteria for being sycophantic. Like leeches feeding on each other, these political animals will suck on anything that promotes their lifestyles. Yes, Mr. Juan de la Cruz, at the end of the day, it is about money and their political survival. It is never about the Filipino people.

I am writing this as a prelude to the upcoming election. Only we can change our destiny as a nation. And if we still have enough pride left as Filipinos, we will not let these unctuous selfish bastards get their way. We need to collectively work harder at educating our fellow Filipinos. To make everyone understand why it is more important to watch the senatorial debates rather than “World of Dance Philippines” because the nation’s future stands to benefit more from an insightful and perspicacious electorate rather than an armchair judge of entertainment. 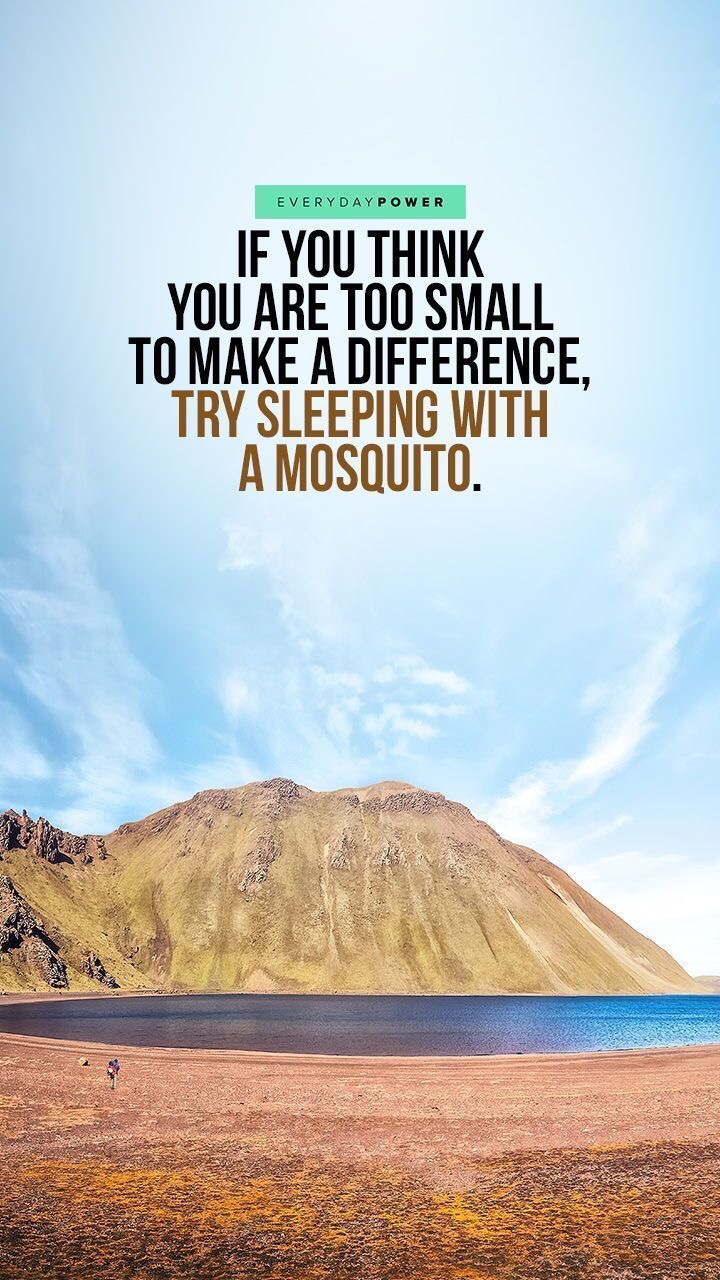 Only we can write history. And write it well we should because many generations depend on it.

My mother was recently diagnosed with colon cancer.

It was not a diagnosis we were all prepared for. Even as doctors, most of us shrug off dealing with the Big C, until it hits close to home. In this case, the woman who gives my relative joys in life.

We spent 10 days in the hospital. Surgery was imperative. At her age though, recovery – both psychologically and physically – would be challenging.

From a first person perspective, I cannot tell you how gruellingly stressful those 10 days were. The tension and lack of sleep were expected. The anxiety was the icing on the cake. Many things race through your mind. Many questions fill your quest for answers. The most important one is WHY…

I chose to write this on Valentine’s Day, in order to remember how much love she has unconditionally shared in her lifetime. I will always be grateful to the woman who has taught me resilience and strength, honesty and kindness, love and gratitude, forgiveness and faith.

The Big C is a family affair.

It is a life changing moment.

A realisation of our mortality.

When you are diagnosed, it’s like having a stopwatch automatically turned on. Time is ticking. Often times, I tell myself how quickly the day has passed. Another morning. Another evening. Another week. Another month. Another year. Most (if not all) of us fail to appreciate life in full until the countdown.

I thank everyone for the outpouring of prayers and well-wishes. It is different when someone dearest to you is afflicted with the emperor of all maladies. It becomes a waiting game.

Medical science has no concrete answer to cancer. Chances, odds, risks and benefits suddenly flood your mind. To heal often. To comfort always. Where does one find an answer to anxiety in the midst of depression? Even with surgery and adjuvant chemotherapy and how medical science has remarkably changed the landscape of survival, like a thief in the night, cancers will always fight their way back. It is, after all, their survival as well.

No one gives up without a fight. Yet it is difficult to accept our mortality but it is there. Laid upon us on a silver platter.

There is no easy acceptance of fate and how the story turns out or ends. But we will make moments where our relative joys in life will be most cherished. And each day now matters more than ever. Because the light at the end of the tunnel can now be seen… 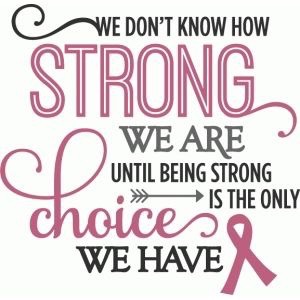 I’ve always said, we’re all going to die one day. The only difference is when and how…