I have one sibling.

Younger than me, she is the epitome of resilience. Widowed at 30, she literally raised two children amidst the challenges of being a single parent.

We grew up like best friends. Shared each other’s secrets, heartaches, successes and failure. One thing for sure that bonds us together is Inang. In the life of my mom, my sister and I form the yin and the yang. During my mom’s last hospital confinement, I probably wouldn’t have lasted the stresses without the help of the other half – my sister. Truth be told, while my mother looks to me in times of need, there are many times that I am jealous that she loves my sister more. I frustrate easier and am less patient on the stressful things life throws our way.

Yes. Sibling rivalry will always be there whether we are 1 or 100 years old.

We’re a small family. We travel together. Celebrate life and love together. Cry together. When one is at his or her lowest point, the other one manages to lift the other up. When we’re all at our emotional high, we’re all celebrating like there’s no tomorrow.

And family is all I can ask for. The other half – my sister – will always be special to me in more ways than one.

And this bonding time with family because of Inang’s illness has made me realize that 60 years later, we’ve always had each other…through thick and thin, through weddings and funerals…through laughter and tears and we will only have each other at our twilight years.

Thank you sis for being self less and being my one of my relative joys in life.

And happy birthday! I’m hoping you like your gift!

We’re back in Tokyo.

One and a half years ago when we were here, my mom had one request. If we did come back, could we see the cherry blossom in full bloom? I replied, of course!

After 12 years of spending our New Year vacations out of the country, we decided to change our travels last New Year.

In Japan, cherry blossoms are called Sakura. A special flower symbolic of spring – time of renewal and the fleeting renewal of life!

Cherry blossoms have been regarded as a symbol of spring since the Heian era (794-1185), and this has been woven into the cultural consciousness of Japan.  Cherry blossoms, otherwise known as Sakura, are a symbol of a new start and are special flowers for the Japanese.

Turning 82 this year, the diagnosis of colon cancer didn’t come as easy acceptance.  Understandably, who would want to be diagnosed to have a neoplastic disease at the winter of their lives? After all, they’ve lived full lives. My mom is a simple woman.  But a vain one. She values quality of life over quantity.  In spite of her physical and emotional illnesses, here is a woman who will always make sure that her eyebrows are equally lined, her clothes equally match her bags and shoes, her meals served hot and her family happy together.

Over breakfast a week ago, she was looking across the nook and I broke the silence.  I asked her what was on her mind.  She replied.  “How long do I have to live?” I was stunned.  That question had taken me aback. After a few minutes, I replied.  “I don’t know. No one knows when time is up. Only God makes that call.  In His time, mom.  In His time.”

She shed tears and replied. “I am tired. And I’m very sad lately.”

I told her “I understand.  But our life goal isn’t to be happy. It’s to make sure we live a fulfilling one.” I held her hands and added, “you’re a great mother.  I couldn’t ask for more.  You’re a difficult person to live with…but you’re one terrific friend.  When the time comes that we need to say goodbye, I promise to let you go. In the meantime, we have some unfulfilled dreams.  So let’s just try to make great memories while we still can.”

After her surgery last February 4, 2019, I never realised that I would be talking about end of life with my mother.  What I didn’t realise most was that I would be given the chance to walk with her through this new challenge in her life.  And I am grateful. 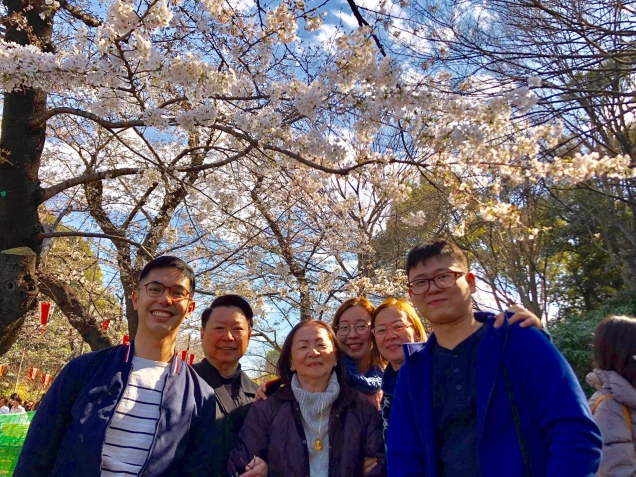 Hope springs eternal.  And Sakura, the symbol of spring, brings hope to new lives.  I will always remember that after the dead of winter, life like a cycle will always have spring.

So here we are. Back in Tokyo during the Sakura festival.

Everyone cheats. Or has cheated. Or will cheat. In our lifetime. So, yes, honesty is not part of the core DNA as human beings. In fact, that’s our frailty. 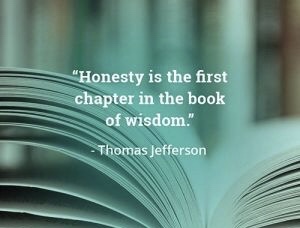 Whether one is being dishonest about love or money, politics or entertainment – life can be one shit bag when it comes to living up to the principles of integrity.

And I get that.  As good people are, and should be, we need to try hard to live a life of honesty, integrity and responsibility. That should be our mission in life.  Otherwise, we end up as turds who try to rationalise every time we lie, steal or kill.  We end up being no better than the devil who offers the world in exchange for our souls.

As a rule of thumb, when a monster is our idol, many may not see the monster because we rationalize our idolatry. We blindly follow and believe false and empty promises. Until the monster invades our values and our lives.

Value formation is essential in every family.  It is the core essence of raising people upright and virtuous. Right-thinking. Principled. Law-abiding. Irreproachable. Lawful. Ethical.

To be a good human being. That should be our goal. No matter how much unkindness there is in this world.

Honesty is a cornerstone of ethics.

While we cannot demand this virtue from each and everyone of us we can try harder to be better people, even if some of us grow up in environments that make us believe that the trait of honesty is a lot of hogwash.

My friends and I may be on separate sides of the political spectrum but honesty, integrity and love of country should always be what we honor. Politics, after all, is a temporary void in the journey of a country.  Only if we learn to be more patriotic can we move on as a proud race. A great nation.

A little bit of scruples goes a long way in healing a divided people.

“ It is not the criminals who arouse the hatred of others, but the men who are honest ….”

The campaign for the upcoming May election started weeks ago.

The opposition is promoting its platforms through debates. The administration candidates are doing it through entertainment.

From the perspective of an idealist (or they prefer to be called intellectuals), a debate should probably be the way to woo votes. But the strategist will always have the pulse of the people at bay. And the ratings will always tell you that name recall is always best achieved through cavalcades and dole outs.

It is a no-brainer why the people running in the upcoming elections only show the side which they are abreast of. Any form of engagement in a meaningful debate will always be ignored as frequently as possible. After all, in a captured audience, the skills of singing and dancing, laughing and cajoling, will always be recalled by the electorate during Election Day. Regardless of the capability of the politician(s) to govern or not.

Some voters have already made up their mind who to vote for. The sorties will just need to target the undecided. And that’s where the political strategy lies – in making the undecided choose them. Either through an intelligent discourse of issues that matter or a sortie of entertainment numbers so that the unaddressed promises are swept under the rug.

The bottom line here is getting the votes where it matters. Even if it means lying through their teeth.

80% of voters belong to class C, D and E. The marginalized need to realize that they are the stronger majority and that their concerted effort at changing the system lies with them. Many of those who belong to class A and B have affiliations of some sort to the those running for public office. After all, they will have most to gain by supporting a candidate. The well-to-do have the means, connections and machinery to make or break a politician.

And so the president has amped his tirades against the opposition for the mid year election. And for a reason. It is without doubt that many administration candidates demonstrate a dire shortage of intelligence and/or have nothing forthright to bring to any form of verbal tussle. Their pure lack of perspicacity have relegated them to simply showing their best foot forward with entertainment numbers and the president leading the circus.

I recall three years ago, on cue, during the presidential debates, Duterte had made magnanimous promises on changing the landscape of this country. Those promises were a tall order, but he stepped up to every debate table thrashing out promises after promises – either in amusement or in sincerity. And change did come.

The mid term election is an opportune time to reflect on the gains and losses of this nation and its people. The kind of leaders who we want to lead us through trying times. The promises made, delivered and the empty promises each campaign period.

The next three years matter.

And it’s not just about singing and dancing. Because aside from death, the only other permanent thing in this world, is change.

If you want to change the way our congress and senate is working, you have to change who you send there. 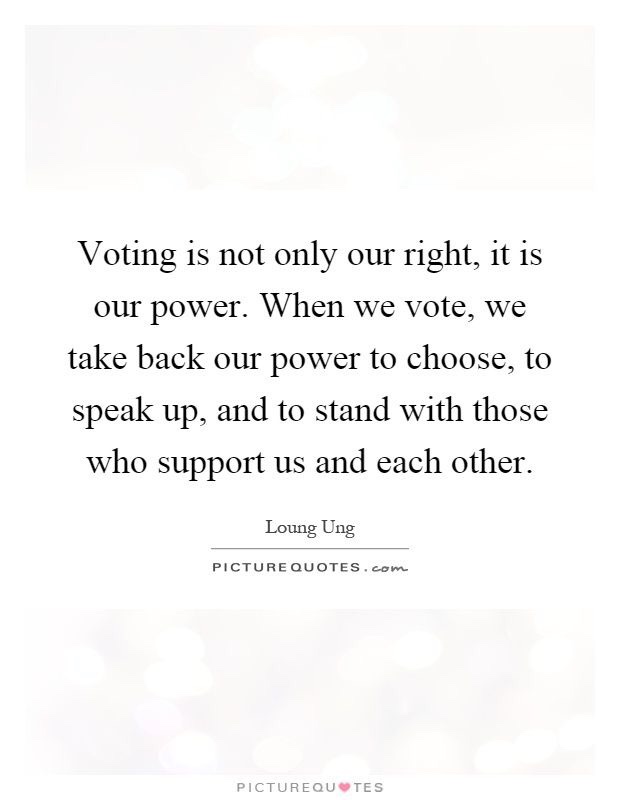 Let us do what is right. It is time to send the entertainers a clearer message that the circus is over. And that the country is back in business. We need to gain back our dignity. Our power. Even one vote at a time.