A woman and a lawyer were seated next to each other on a flight from Los Angeles to New York.  After making a casual greeting, the lawyer asked if she would like to play a fun game.

The woman, tired, just wanted to take a nap.  She politely declined and rolled over to the window to catch a few winks.  The persistent lawyer explained that the game is easy.  And fun.  “I ask you a question, and if you don’t know the answer, you pay me $5.00 and vice-versa.”

She stares at him and says she decline and tries to get some sleep.

This catches the woman’s attention and, figuring there will be no end to this torment unless she plays, agrees to the game.

The lawyer asks the first question. “What is the distance from the Earth to the moon?”

She asks, “What goes up a hill with three legs and comes down with four legs?”

The lawyer, puzzled, takes out his laptop computer and searches all his references.  No answer.  He taps into the earphone with his modem and searches the net and the library of congress.  No answer.  Frustrated, he sends emails to all his friends and co-workers, to no avail.  After almost two hours into the flight, he wakes the woman and hands her $500.00.

The woman says, “Thank you”, and turns back to get some more sleep.

The lawyer, who more than a bit miffed, wakes the woman and asks, “well…what’s the answer?”

Without a word, the woman reaches into her purse, hands the lawyer $5.00, and goes back to sleep.

My wife and I were watching “Who Wants to be a Millionaire” while we were in bed. I turned to her and said, “you want to have sex?”

I then said, “is that your final answer?”

Without looking at me, she said “yes”.

Then I said, “I’d like to phone a friend”

And that’s when the fight started…☹️

I took my wife to a restaurant.

For some reason, the waiter took my order first.

“I’ll have the rump steak. Rare please”, I said.

The waiter replied, “aren’t you afraid of the mad cow?”

“Nah, she can order for herself”.

And that’s when the fight started…☹️

My wife and I were sitting at a table at her high school reunion. She kept staring at a drunken man swigging his drink as he sat alone at a nearby table.

“Yes”, she sighed. “He’s my old boyfriend and according to our friends, when we split up after high school, he’s taken to drinking and has never been sober since.”

“My God”, I replied. “Who’d think a person can go on celebrating that long?”

When our lawnmower broke down, my wife kept dropping hints that I should get a new one.

Somehow, I had something to take care of first. House chores, business deals, errands, beer. Something more important to me.

One day she found a clever way to make her point.

I arrived home one day and saw her seated in the tall grass, busily snipping away with a pair of sewing scissors. I watched her silently for awhile then went into the house. I was gone only for a minute and when I came back I handed her a toothbrush.

I said, “when you’re through cutting the grass you might as well sweep the driveway.”

My wife was hinting about what she wanted for our anniversary.

I bought her a bathroom scale.

That’s when the fight started. ☹️

After retiring, I went to the SSS Office to apply for retirement benefits. The woman behind the counter asked me for my drivers license to verify my age. I looked at my pockets and realized I left my wallet at home. I told the woman I was very sorry, that I’d left my wallet at home, and that I’d come back later.

The woman said, “unbutton your shirt”.

I opened my shirt and revealed my silver curly hair.

She said, “that silver hair on you chest is enough proof for me. And she processed my application!

When I got home, I excitedly told my wife what happened at the SSS Office.

She said, “you should have dropped your pants too. You might have gotten disability benefits too.”

And that’s when the fight started..☹️

My wife was standing nude looking at the bedroom mirror.

She wasn’t happy with what she saw and said to me, “I feel horrible. I look old, fat and ugly. I really need you to pay me a compliment.”

I replied, “your eyesight is damn perfect!”

One year, I decided to buy my mother-in-law a cemetery plot as a Christmas gift.

The next year I didn’t buy her a gift.

When she asked me why, I replied, “well you still haven’t used the gift I gave you last year!”

That’s when the fight started …☹️

What about you? Have you had any stories to share on how your fight started? 😂 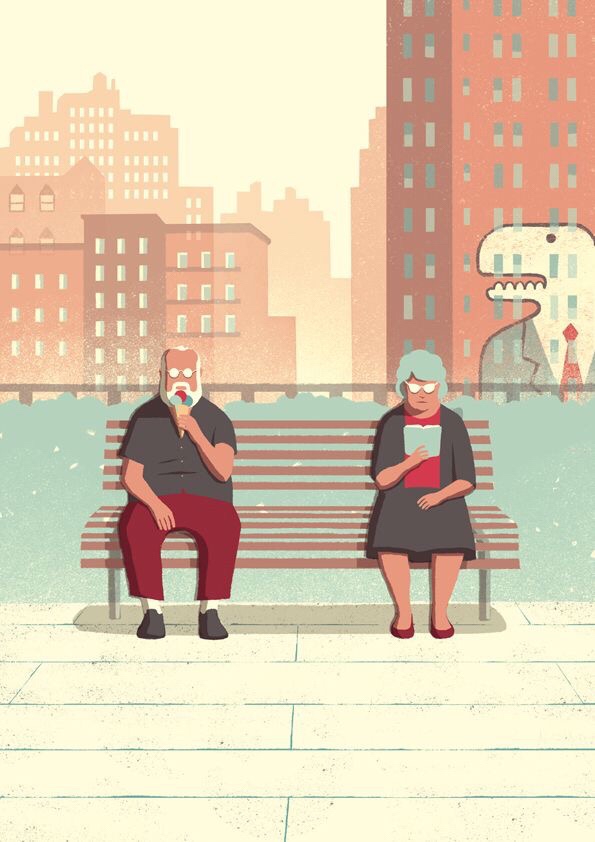