Since I turned 60 a month ago, I’ve started using the privileges accorded being a senior citizen.  What better time to enjoy the fruits of being a “SEÑOR-ito”!!!

And like any parade, there will always be an event that literally “rains” on your parade.  With me, that “storm” is the management of the parking area at Westgate Center, Filinvest, Muntinlupa City.

I had lunch the other day at one of their restaurants there. The restaurant gladly accepted my identification card, which happened to be my driver’s license (which I recently renewed). On my way out of the parking area, the parking attendant refused to recognize my driver’s license as proof of my being a senior citizen! We exchanged a few questions and answers, but as all employees are, you will never win an argument with them.  I felt sad for her because I know she was just instructed to do as she was told – OR ELSE, it would be taken out of her pay check (which is against the law).  To cut the long story short, I asked for the contact number and name of her “boss”, which she graciously wrote down on a piece of paper, paid the parking fee and informed her that I would file a formal complaint.  I called the number 846-0268 loc. 5052 and was eventually told that Mr. Kelly Nyu, her immediate superior was in a meeting. The girl on the other line asked what it was about.  I explained.  She informed me that if I had a complaint, I was free to do so.  And so I wrote to the Office of Senior Citizen’s Affairs and hopefully, the OSCA in Muntinlupa take action.

As far as I know, as far as the law of the Republic of the Philippines is concerned, RA 9994, otherwise known as the “Expanded Senior Citizens Act of 2010” explicitly states that “in the availment of privileges, the senior citizen may submit as proof of his/her entitled thereto ANY of the following:”

Article 5.5 of the IRR points out that the identification document as ANY DOCUMENT OR PROOF OF BEING A SENIOR CITIZEN which may be used for the availment of benefits and privileges under the act and its rules.  The valid documents shall include but not limit to the following government-issued identification documents indicating an elderly’s birthdate or age: DRIVER’S LICENSE, VOTER’S ID, SSS/GSIS CARD, PRC CARD, POSTAL ID.

Section 7 of the law proscribes that the Municipality/City has the responsibility to require ALL estabishments covered by this act to prominently display posters, stickers and other notices that will generate public awareness of the right and privileges of senior citizen and to ensure the the provision of this Act are implemented to its fullest.

The argument of the parking teller was that based on her “boss”, the city ordinance of Muntinlupa No. 17-050 states that parking fee exemptions for Senior Citizens and Persons with Disability shall be availed by a senior citizen and persons with disability driving  a vehicle or on board a private owned vehicle upon presentation of his/her valid senior citizen’s and persons with disability ID issued by ANY government agency/office.  The argument was that IF YOU DON’T HAVE THE SC/PWD ID, YOU CANNOT AVAIL OF THE FREE PARKING!

This self-interpretation of the law by the management of Filinvest Corporate City (I presume that it had the blessings from above, that is why the parking attendant was adamant at executing the order), so that greedy corporations like these can profit or skirt the issue of having to provide senior citizens what are due them is UNLAWFUL and should be PENALIZED.

Business establishments like these should not be allowed to get away with their “self-interpretation” of the law. Why does Alabang Town Center or Molito or SM Muntinlupa accept my driver’s license as evidence that I am both a senior citizen and a resident of the city? What makes Westgate Center at Filinvest an exception to the rule?

The Expanded Senior Citizen Law never intended to limit the identification document of senior citizens to just the senior citizen’s ID in order to avail of the benefits and privileges granted to them  It is a basic principle and must be remembered that in interpreting laws or statutes, words must be subservient to its intent, and not intent to the words.  The law was made for the purpose of granting seniors the privileges and benefits which they deserve.

I am writing this for all senior citizens that deserve to enjoy the benefits and privileges as stated in the law, without having to be harassed by corporations that want to bend laws for profit.

It’s not about the money.  It’s about what is in the LAW.  If Filinvest has any problem with the law, they should lobby through congressmen and the president regarding this provision. If Filinvest feels that they are making less money with their parking fees because of senior citizens and PWDs, they should just shut down their businesses.

Corporate greed mixed with interpreting the law to the benefit of the corporate profit is the greatest evil of mankind. 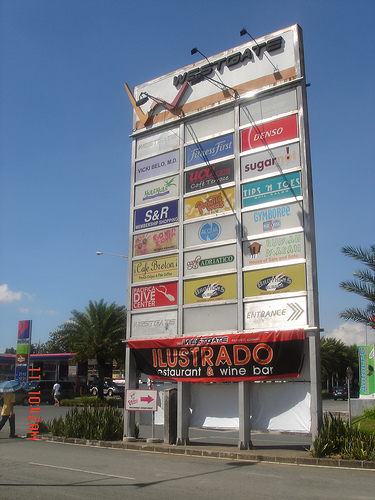