The crash of Xiamen Airlines at the Ninoy Aquino International Airport two days ago had triggered massive disruptions in the operations of the only international gateway to Manila, Philippines.

Related to the Ghost Month?

Ancient Chinese people believed that natural and man-made disasters were more frequent in the 7th lunar month. It became a traditional cultural custom to avoid many commercial and unnecessary celebratory or vacation activities during the month.

This tradition of the Chinese started as a folk legend where every first day of the 7th lunar month, “the gates of Hell are open wide and the ghosts come out until the gates are closed on the 30th day of the month.”

There are several taboos during the lunar ghost month. The major ones include:

– unnecessary travel (avoid scheduling vacations and getaways during this period)

– avoiding having to be hospitalised or scheduling an elective surgery during the “ghost month”.

According to folklore, it’s also not good to wear shirts that have your name and children and senior citizens are to avoid going out in the evenings, there should be no patting on the shoulders, and no whistling.

The Zhongyuan festival is celebrated on the 15th of the 7th Lunar Month. This year, it falls on August 25. A sacrifice ceremony of burning incense and “money”, offering a good meal, and a “sacrifice ceremony” are traditional in many Chinese households.

It’s quite obvious that while this cultural belief is based on myths and legends, and has been unproven, one cannot help but notice that to this day, this practice has been handed form generation to generation. Not even the digital age has averted the practice of observance of the Lunar Ghost Month.

Was Xiamen Airlines flight MF8667 accident due to pilot error? Or an effect of the Lunar Ghost Month? 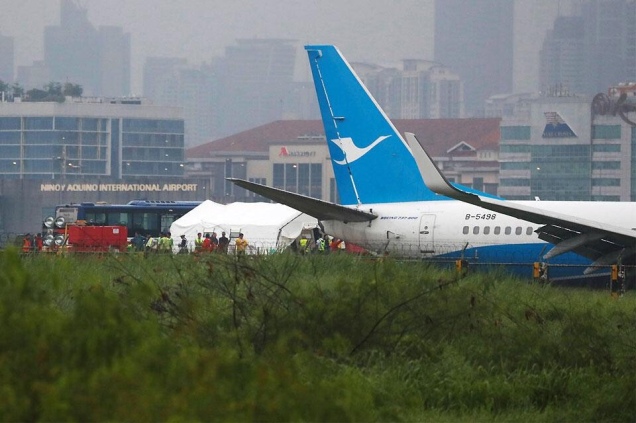 I’ll let you be the judge.

But as my parents would tell me, there’s nothing wrong in avoiding the odds of a folkloric belief.

(Image from GMA news online for visual purposes only).