I read somewhere someone posting to “Live a healthy lifestyle choose drinks with minimal amounts of sugar”. And instead go for alcohol because they are “low in carbs”.

The irony of that post is that people thought it was right!

I’m not quite sure where people get this misinformation and just because something isn’t “sweet”, will help those who want to lose weight (or not gain weight for that matter). Alcohol is not a substitute for a healthy lifestyle.  While I understand that it was done in jest (or humour), it sends the wrong take home message.

There are calls by health advocates to increase the tax on alcohol drinks.  And I couldn’t agree more with this proposal.  The topic on the downside of alcohol is a given.  There is no justification for binging on alcohol.  Like its addicting counterpart, nicotine, alcohol serves NO MEDICAL PURPOSE.  It is, a recreational substance.

The overall evidence is unclear AND no rigorous clinical evidence is present to justify the medical intake of alcohol.  People will always try to rationalise that there are benefits to ANY recreational substance to justify their habits.

The Mayo Clinic points out clearly that the latest dietary guidelines make it clear that no one should begin drinking alcohol or drink more on the basis of “potential health benefits. Indeed, for some people the avoiding alcohol is the best course – the possible benefits don’t outweigh the risks.”

The operative words used are POTENTIAL and POSSIBLE.  Meaning – the science isn’t there to back these claims.  The evidence about the health benefits of alcohol is UNCERTAIN.  Any potential benefits of alcohol are relatively small.  And may not apply to all individuals.

We have all read about drinking a glass or wine or two in order to lower cholesterol and being healthy and good for the heart.  No study has ever been able to prove these claims without an iota of a doubt.  There were claims that could reduce death rates from heart diseases, “possible” reduction of ischemic strokes, and “possibly” reducing the risk of diabetes.

These possibilities are most probably also wrong.  And the fact that it’s ONLY POSSIBLE, points to the evidence that it most likely doesn’t work. AT ALL.

There are, after all, more cons than pros in alcohol binging.  The definition of how much is too much alcohol intake has no verdict yet. Nevertheless, what science does underscore is the fact that alcohol increases the risk of serious health problems including:

Even the medical community is unsettled in their recommendations for alcohol.  Most (if not all) the doctors I have surveyed will always tell you that if you don’t drink, don’t start because of POTENTIAL health benefits.  But if you do drink and you’re healthy, “you can probably drink as long as you do it responsibly“.  And that is what the alcohol industry capitalises on.  RESPONSIBLE DRINKING!!!! They’re even allowed to advertise this using women in scanty clothes or macho men who show off their “strengths” with the end segment that DRINKING SHOULD BE DONE RESPONSIBLY.  Duh?!?!

I will hit a nerve among the lawmakers and business community, when I say that the alcohol industry should be censured like the tobacco industry.  What makes one treat the alcohol industry with a kids glove while throwing the tobacco industry to the sewer?  They both don’t offer any form of benefit at all.  Let’s call a spade a spade. While tobacco has caused the death of many individuals from respiratory and cardiovascular complications, majority of them are self inflicted. On the other hand, there have been more deaths from accidents and drunken behaviour from people inebriated with alcohol, yet we allow commercials to proliferate with the “responsibly” clause.  The double standard JUST ISN’T RIGHT.

Then there is the justification that alcohol intake is much better than sugary drinks because it is low in carbohydrate content.  Only an idiot who has no knowledge about the physiological function of the body will claim that.

Consuming too much alcohol (regardless of carbohydrate content) will slow down your weight loss. And if you plan to lose weight because you’re already on a low carb diet (and you’re drinking), think again.  Alcohol is burned before anything else in the body.  Hence, slowing down fat loss.

If you’re even thinking of going on a diet and drinking alcohol at the same time, think again.  You need to take less alcohol when you’re on a low carbohydrate diet because you get intoxicated quicker.  It’s probably because the liver is busy producing ketones or glucose, and thus has less capacity to spare for burning alcohol, slowing down the process.

And that’s why I strongly feel that we need to tax alcohol the same way we tax cigarettes.  We need to prohibit the advertisement of alcohol and any form of alcoholic beverage because there is no such thing as “responsible drinking” (otherwise there should also be a term for “responsible smoking”). 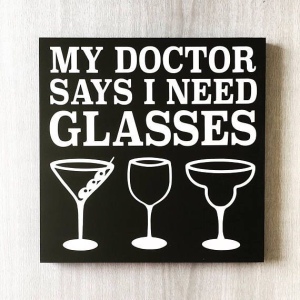 Both alcohol and nicotine are recreational substances of abuse.  There is no science that says otherwise.