I’m writing this story as a reminder to some insensitive people who use the ATM for their “illegitimate” lending businesses.

The other day, while queuing for my turn at the ATM in the mall, my patience was piqued by some retard who was withdrawing money from several ATM cards.

I know these kind of people. While I don’t mind the kind of shady business they engage into, I do mind that the queue builds up because they think that the ATM is a personal ownership of theirs.

For the information of those that don’t know what kind of business these shenanigans engage in, let me enlighten you, because you will see them at every ATM.

Usurers are common in all parts of the world. People who have no history of credit or bank transactions are usually the primary customers/targets of usurers. After all, why would you want to borrow money from someone who lends at “five-six” (for every 5 lent you return 6). The “five-six” system charges a nominal 20% interest rate over a period of time.

When the going gets tough, the people who have no credit line resort to borrowing.

The enterprising Filipino has found an easier way to collecting loans. What initially was a shady lending business by Indians in the Philippines, was given a more efficient twist by Filipinos usurers. Same lending concept but this time, the collector has now been replaced by a real time collateral. The ATM card.

When the system for payrolls and professional fees was rolled by the banking industry, all our salaries were migrated and transacted through that small plastic card. It was easier for the business. And more convenient for the employee as well. With so much power in one card, losing it would be tantamount to a personal crisis!

Lending at “five-six” is a profitable enterprise in the Philippines. And I would venture to extend this thought to countries where more than three-fourths of the population live below the poverty line. After all, being poor strikes at the core of being snubbed by the banking industry, where you will need a collateral, a heap of documentary requirements, and a credit limit – before you can even borrow a centavo.  With majority of the people unable to even meet Social Security requirements before they can avail of a loan, and all relatives and friends have been exhausted, the devil disguised as the usurer is waiting at the corner.

Their targets (or preys) are usually the working class (especially call centre workers) and the retirees (particularly government employees).  These are people who have a regular stream of income. The only collateral they ask – your ATM card.

How the five-six system works

You can discuss the terms of payment with them, but the longer you stay in debt, the larger the interest that is compounded because you have not paid off that debt.  If you’re making only P12,500 a month (at the current minimum wage), then you’re expected to cough out the P6,000 within that month (usually the agreed timeline) as well.  Let’s say you settle only P2,000 (because you still need to pay bills and eat and have a roof over your head), that would mean that next month you owe the loanshark P4000 and the another 20% of that unpaid loan. Or P4800! If you settle only P2000 again the third month, you will still owe P2800 + 20% or P3360.00! If you settle again only P2000 the fourth month, you will still owe P1360 + 20% or P1632! And if you decide to pay off everything that month, you do the math. Your loan of P5000 with a monthly pay of P2000 actually cost you P7632.00 before you could settle the total amount (4 months of paying).

That’s presuming you don’t plan to spend on anything else in the next four months.

Where does the ATM fit in all of these?

The usurer collects the ATM and withdraws money every month from your bank account until, of course, you finish paying it off.  You see them in every ATM station.  They’re responsible for the build up of the queue.  Some of them have no regard for other customers in the bank.

The guy in front of me had a piece of paper with him and began encoding the passwords after the cards had been inserted.  Another person stood at his back, snickering while the retard was busy unloading the ATM.

At the last sentence of this blog entry, I tilted my head up and asked both of them, how long more were they going to take and how many “transactions” were they still making?  The guy fiddling with the cellphone looked at me nonchalantly and said, three. 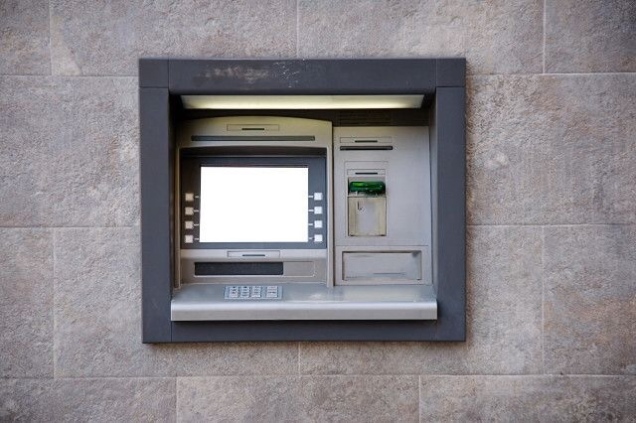 I thought I’d write about them while waiting for my turn at the ATM.

That’s how long it took them to finish unloading the cash.