The week long vacation had just begun.  At the break of dawn, we were off to the port of Piraeus for our travel from Athens to Santorini.  This is the second part of our Greek vacation. 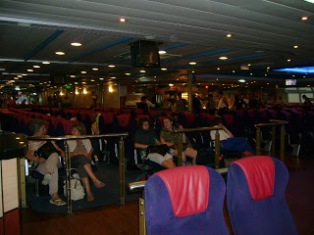 There are two options to the island of Santorini.  By plane, the flight would just take less than 50 minutes.  But traveling to the airport, getting baggage checked, waiting for boarding and repeating the cycle when you get to Santorini was less a thrill than taking a superfast ferry (which will take you 4 1/2 hours with one stop at Ios Island).  It also was much cheaper taking the ferry than flying (150 Euros for a one way flight from Athens to Santorini vs. 58 Euros by ferry).  The ferry was super comfy and breakfast could be purchased on board. You’d also get to appreciate the other beautiful islands of Greece.

The brief stop at Ios Island featured a typical laid back fishing village. Restful and calm.

Santorini is divided into various cities within the city.  Fira, Firostefina, Oia, and Imerovigli. Fira is the capital of Santorini.  It is also where the major nightlife is. It’s the most touristy area.  Just imagine a larger scale Boracay marketplace!

We stayed at the Dreams Luxury Suites (at Imerovigli) for the next 6 nights.  The lodging alone deserves a story in itself. It had its own jacuzzi and breakfast was served at our suite at whatever time of the day we wanted. Overlooking each of the suites is the caldera.  According to our hostess, the island of Santorini was born out of lava during the eruption in 1660 BC.  The middle part of the volcano sank into the sea, leading to what is now left to what is known as Santorini. The massive rock formation surrounding the caldera was actually from the lava over the past several centuries. 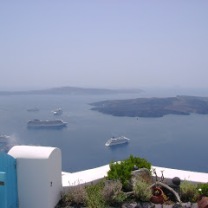 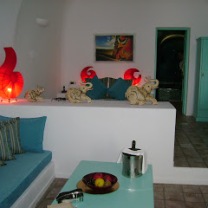 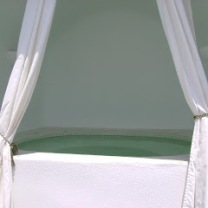 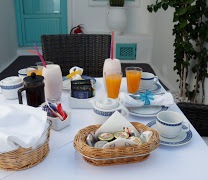 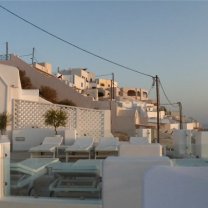 The sunset from the room between 930-10PM was the most stunning sunset I have ever appreciated in my lifetime.  How beautiful it was to just watch the glory the world God created sipping a glass of wine or champagne from any balcony facing the caldera. 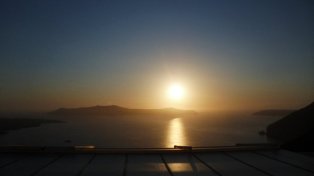 The best way to get around Santorini – is to rent a car! At 60 euros a day, that in itself was worth the price.  Walking around will just take you around between Fira and Oia.  But to those who wish to venture a bit more, here are two other places that would make your stay in Santorini worth it all.

Going around Santorini (which is 35 km from the north tip Oia to the south tip Akrotiri) by public transportation – bus or taxi.  Or renting a car.  The latter is the best option. Parking is free everywhere. And with 10 Euros worth of gas, the Nissan Micra should make your trip in the island worth every minute.

On the far end of the north is the fishing village at the bottom of Oia – Ammoudi. And stunning is a word that would not do justice to describing the village – from the view to the food! At Katina, the freshest lobsters and greek salad were to die for.  Katina is highly recommended by the New York Times as a must place to eat.  And nothing gets more authentic than having the freshest seafood caught and served right after the catch. 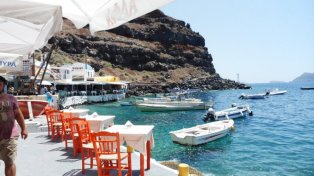 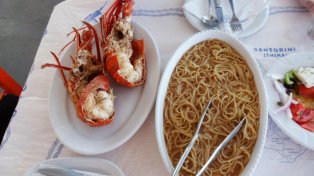 What else is there to do in an island surrounded by sun and sea? Go to the beach, of course!

Amazing water, cosmopolitan shops, home to the “elite” in the island of Santorini is Perivolos. It’s a short 20 minutes drive along winding roads from Imerovigli to the beaches on Perivolos.

Anemos Bar (situated in a yard of an old tomato factory) was where we stayed for our “picnic” on the beach. Drinks were brought into the cabana and lunch served on a beach basket. The huts of course were not free.  You had to dish out 10 Euros on top of the meals and drinks (which you had to order from there). It was life at its finest.  It even had a service button on the hut, which had the waiters/butlers at your beck and call. 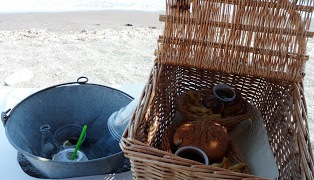 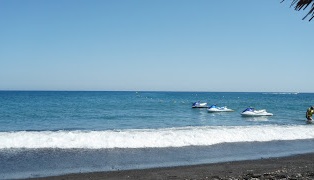 Oia was a perfect getaway from the party life in Fira.

Oia is one of the more picturesque villages on the rim of the cliff side which takes you all the way to a village of 79 churches.  Oia is considered the cultural heart of the island as it plays host to a cultural centre and art galleries as well the most beautiful resorts in the island right at the caldera. Oia is practically the highest peak at the north of the island, and thus has the best sunset view in all of Santorini.  Unlike Fira and Imerovigli, many of the walk ways in Oia are not made of cobblestones but of marble!

Dining at 1800 (and yes, that is the name of the restaurant) would speak a million languages on the excellent quality of the food in Santorini.  Highly recommended and reviewed by the New York Times, gourmet dining at 1800 takes food to a different level.  And why not for almost 150 Euros per person? 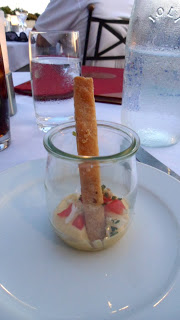 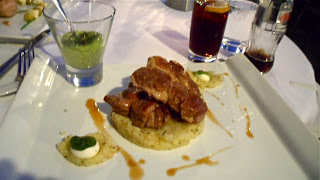 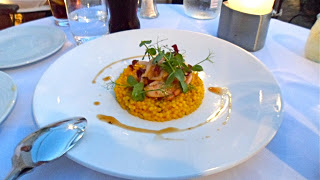 Unforgettably stunning vacations is what life is all about.

The spectacular? Well, it’s up to us!

One thought on “Spectacular Santorini”