It’s the other China. The one that has a 300 years history that blends a bit of other Southeast Asian countries and Japan.

It’s known history dates back to 1709 with the Han Chinese settling in the Taipei Basin.  When China loss the Sino-Japanese war, it ceded the entire island of Taiwan to Japan in 1895.  The occupation of the Japanese on Taiwan is the reason why much of the architecture of Taipei dates back to the Japanese era.  When the Japanese were defeated in the Pacific war and eventually surrendered in August 1945, Taiwan was taken over by National troops.  In 1947, the Kuomintang government under Chiang Kai-Shek declared martial law in Taiwan.  On December 7, 1948, the Kuomintang government under Chiang Kai-Shek established Taipei as the provisional capital of the Republic of China after the communists forced them to flee mainland China.

And it’s a compact city where food tripping is a must! It’s top souvenir item is their pineapple shaped sponge cake!

Food here is cheap, tasty and, well…a lot of fun. Where else can you find a country where eating is the best way to understand being a native?

The National Museum in Taipei is home to the world’s largest and finest collection of Chinese art.  The various floors/levels of the museum is divided into:

Of course, there is Taipei 101, once held the title as the world’s tallest building for a few years.  Standing at 508 meters (until 2011), it held the title of the world’s tallest green building. Get off at the 5th floor of the shopping mall and take the pressure-controlled lift that takes you up to the observation deck on the 89th floor at 1,010 meters/minute (or a mere 40 seconds from ground to top).  If you’re lucky, with weather permitting, there’s an outdoor deck on the 91st floor that is open to the public as well.

But a trip to Taipei will never be complete without a visit to the Tonghua Night Market and the Ningxia Night Market.  They are a few of Taipei’s liveliest night markets and are an experience all to itself for shopping, street food, and binging on rows and rows of food.  To get the the Ningxia Night Market, take the MRT stop at Shuanglian Station and you’ll find hundreds of street stalls tempting you with local delights.

Then there’s the restaurants.  And South Beauty should be mandatory on your list for gastronomic delight. 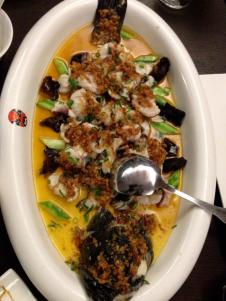 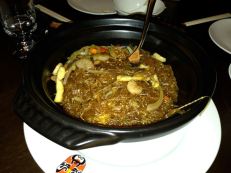 We stayed at a boutique hotel, Hotel Eclat.  It may be a few blocks off some of the more commercial areas but is accessible by a short stroll and is highly recommended, if even experiencing the bone china wares for your meals! 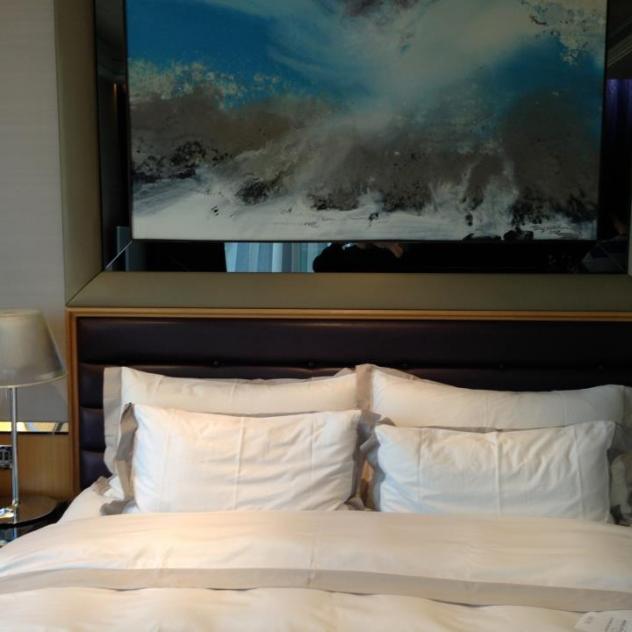 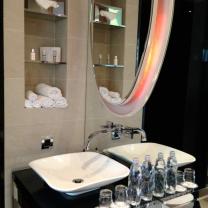 One thought on “Food tripping in Taipei”