There’s nothing like growing old and remaining an idiot.

Being an idiot is bad enough.  But to grow old and stay an idiot, that tops the list of being the greatest imbecile of the world.

Miriam Defensor-Santiago, God rest her soul, was right – “stupid is forever“. We don’t need to compare our country with other nations.  We’ve got the numbers and the data in ours alone.  Hell, we’re doing a heck of a good job advertising stupidity. And we have media as the main driver for pushing stupid up the pedestal and them to blame come election time when these idiots get voted into office.

That’s because as long as it is news – good or bad – it made the headlines! And people will always remember Mr. Stupid. That’s media mileage for them.

Idiots are not born.

They are man made.

An idiot is a fool. An ass. A dunce. Ignoramus. Cretin. Moron. Dolt. A halfwit.  Imbecile.  The simpleton. In short, an idiot is stupid. To be called an idiot is never a compliment. It illustrates how menial your mental processing capacity is. But the idiot is also a scheming whore.  He sells his soul to the highest bidder – never mind his moral compass or his allegiance to the constitution.  He has no capacity to think on matters of justice and being upright.  Most, if not all, lack a conscience.  For lack of it, they have no remorse.  It’s because stupid is as stupid gets.

Name calling does not hurt them.  They are the epitome of what I would call the persons-with-disability (PWD) of entitled people.  Worse than the entitled, they are the first in line.  They demand that everyone else be a quarter wit. What can be lower than a moron? Whatever it is, they demand everyone to be that. 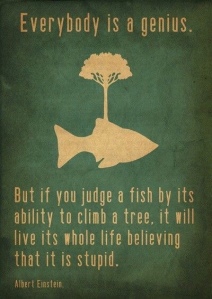 But stupid is seen in every nook and cranny.  From government to the private sector, there will always be Mr. Stupid blabbering away and trying to run the show. Mr. Stupid thinks he is intelligent or people adore him.  On the contrary, he is like the King in the story “The Emperor’s New Clothes“. In that short story by Hans Christian Anderson, the emperor who was fond of new clothes was duped by two strangers who came to town.

The swindlers said they could weave the most magnificent fabrics imaginable. Not only were their colours and patterns uncommonly fine, but clothes made of this cloth had a wonderful way of becoming invisible to anyone who was unfit for his office, or who was unusually stupid.

The story goes on with the gullible emperor being deceived, paying the swindlers a large sum of money.  But the swindlers were just weaving at air.  They stole all the silk and fine thread and placed them in their bags.  The emperor asked his honest minister to go to the room where these two men were working at empty looms. The minister saw nothing being weaved, but became afraid to tell the truth because he thought that if he said he saw nothing and would tell the king that there was nothing there (which was the truth), he would be called unfit and stupid.  So he lied.  The old minister just went on with the stupidity by saying it was beautiful!

The swindlers knew that they now had the emperor and the old minister’s trust.  They asked for more money and more silk and thread.  The emperor went on sending more trustworthy officials to look at the dress that was being made for him.  And the same officials landed in the same predicament as the honest old minister.  And this went on and on until the whole retinue looked at the same empty loom.  Because no one wanted to be called a fool, they all praised the empty loom as some beautiful craftsmanship from the two swindlers.  Even the emperor who saw NOTHING, did not want to look stupid.  He believed the swindlers.

On the day of the procession, the swindlers as the Emperor to strip and pretended to put on the invisible clothes.  During the procession, while riding the splendid canopy (naked), and through the crowd, he heard a voice of a child shout, “look Ma, the emperor has no clothes”!

That was when everyone started agreeing that indeed, the Emperor had no clothes and was naked in public.

Some people will only love you as much as they can use you.

Their loyalty ends where their benefits stop.